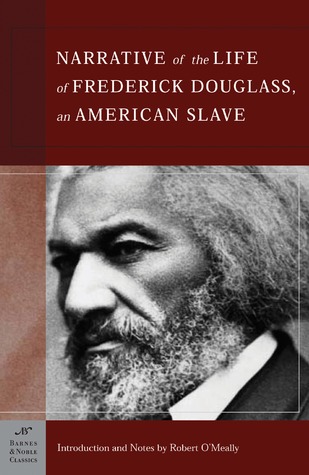 Not so long ago, I read Up From Slavery by Booker T. Washington and when I finished, I knew I had to read this by Frederick Douglass.

This is an account of Douglass’ time as a slave in the Baltimore area and under a couple different masters (although it seems as though the masters were related, they just passed him around).  Some masters were kinder to him than others, but they were all masters and he was a slave to them.  Up until he made his escape, that is.

But he doesn’t talk about his escape, and I think that omission is deeply telling.  He was afraid that if he talked about how he escaped that those who helped him would be punished.  Even more, he was afraid that if he described the route he had taken that no other slave would be able to follow the same route.  So he doesn’t say a word about it…  and I hope that others were indeed able to follow his route to freedom.

This short narrative is a must read for everyone.  There is nothing I can say that comes close to his brilliance.