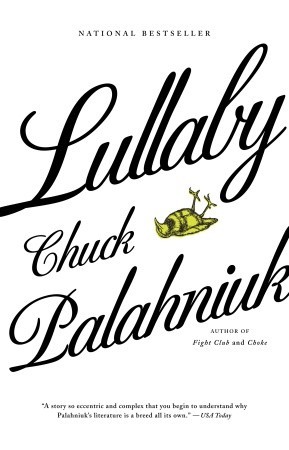 Carl Streator is a reporter assigned to investigate crib deaths in the area.  He finds that while the bodies show no signs of foul play, there is also a book nearby called Poems and Rhymes from Around the World open to page 27.  This is how he discovers the culling song, originally from Africa, that was traditionally sung to “cull’ the elderly or infirm and give them a painless death.  Streator tests the culling song and finds, to his horror, that it works – even if he just thinks the words.  So now he is on a mission to rid the world of all known copies of this culling song…. and he’s not alone. Other people know about the culling song, and may have different ideas about how to handle this situation.

This book has been on my shelf for a long time now, and I thought it might work for both #readmyowndamnbooks and #weirdathon… and it does.  Palahniuk is always so wonderfully weird with his stories… I’m so glad I got back to read another from his twisted mind.

Its amazing how I can read about this character, Streator, who clearly has issues that he needs to deal with from his past – issues that are intimately connected to his current situation and knowledge of the culling song, and somehow feel a little bad for him while he is killing innocent people.  He brings in a couple of other characters that man, you just hate for their obnoxiousness but have to admit that they are kind of making a point.  And I didn’t even get to the necrophilia bits.

Its not perfect, and I questioned character motives a couple times (in an already crazy scene, wondering if that person would really still be there or not) but on the whole, I enjoyed this crazy book.

One thought on “Book Review: "Lullaby" by Chuck Palahniuk #weirdathon”