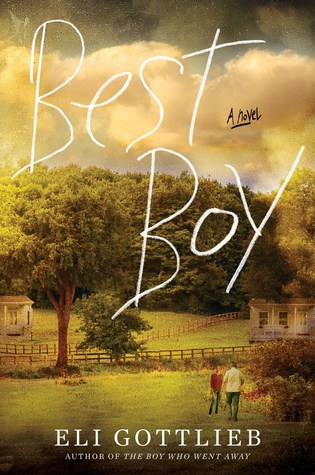 Todd Aaron has lived at the Payton LivingCenter for decades now.  He is in his early fifties and is autistic.  He is a model villager, and even though he is quite happy with his routine and very comfortable at Payton, he still would like to return home again.  Two different new things happen at Payton that make him want to return home even more – first is the new girl, Martine, who throws Todd for a loop and encourages him to not follow the rules.  The other is the new staff member Mike.  Mike reminds Todd too much of his father and scares him.  It also seems that Mike is up to something, but Todd can’t figure out what – he just doesn’t like anything that has to do with him.  It all comes together in a heartbreaking yet satisfyingly redemptive story.

I love that all of this is from Todd’s innocent and childlike perspective, and that it stays true to that perspective straight through the conclusion.  He is such a wonderful character with his self-awareness and insight into the other people he is in contact with.  And those other people really help build a story around him.  They are complex people with their own motivations that we can identify through Todd’s lens even if he doesn’t or maybe even can’t.

The narrative is just beautifully written.  I loved the way Todd phrased certain things, as when he was describing the definition of love.  I also liked being in his head when he started focusing deeply on what he was doing (like eating) when there was something major going on or a conversation going on around him.

I thoroughly enjoyed this novel, and am so glad I ran across it.  Todd is someone that will stay with me for a long time to come.