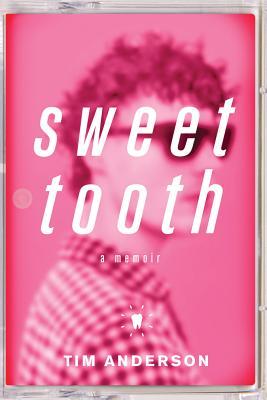 This is such a funny memoir!  This takes us through almost 15 years of Tim Anderson’s life – but they are big years.  They are the years in which this North Carolina teen starts to think that he might be gay, embraces the church as a way to somehow counter-act his sexuality (and maybe go on a retreat with some really cute college guys), and is diagnosed with Type 1 Diabetes – which was obviously God’s way of punishing him for being gay.  He eventually comes around to realizing that God is not punishing him, that the Church is not going to balance out his gayness, and that the music of this time period (late 80s to early 90s) was awesome.  Yes, I love Morrissey and the Smiths too.

I really liked Tim’s sense of humor throughout the book.  Even when he has become comfortable with himself, but doesn’t necessarily have potential love interests knocking down his door – you feel bad for him and then he says something a little profound, maybe, but mostly sarcastic and funny.  He’s being really honest about what he was going through, what he was thinking, and how it shaped him – and he is really funny to boot!

Also, I learned quite a bit about diabetes and what diabetics go through on a daily basis.  I really had no idea at all – other than I once saw a woman have an attack at the beach when her sugar got too low – but that’s it.  I’m glad to have this new knowledge.  Oh, and the music!  So many of my old favorites are talked about here that I want to go and listen to again!  Such fun!

The bottom line here is that this is a great memoir that I think will appeal mostly to 25-40 year olds who can remember/relate to the numerous pop culture references.  This would also be of interest to those who enjoy love stories – though heavy on the trials and tribulations of finding love, not necessarily about being in love.

Now this is exciting – I can giveaway a copy of SWEET TOOTH!  Only US or Canadian addresses will be accepted.  I’m using this Rafflecopter form for the first time in a very very long time – I hope I didn’t screw it up!  Good Luck everyone 🙂